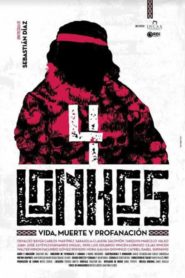 Documentary that tells the life, death and desecration of the mortal remains of three great chiefs of the pampas and Patagonia: Mariano Rosas, Cipriano Catriel and Juan Calfucurá, who after the bloody Desert Campaign, were desecrated in the name of science (whose skulls ended up swelling the collections of Argentine anthropological museums) and a fourth lonko or cacique, the irreducible Vicente Pincén, who once stopped by Colonel Villegas, could only be captured on four famous photographic plates.