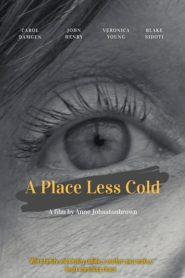 The movie opens with a young boy, Lyman, watching Duke Ellington on TV in the dark. It is 1955 and he is dressed in a baseball uniform. His mother, Marilyn, looks on in delight. After a moment, his father, Raymond, walks up on the scene and is disgusted by what he sees. He rails at his wife and takes his son outside to practice pitching the baseball. As Marilyn watches the two of them practice through her kitchen window, she reflects back on a time when she was a young celebrated pianist at The Grand Ole Opry. It is the day that she met Raymond, and he woos her into his life with the promise of making her star. That does not happen. Instead, he moves her to Redlands, California, where he purchases a withered orange grove. She eventually gives birth to Lyman, whom she raises under the watchful eye of her overbearing husband. In secret, she starts to teach Lyman piano, who eagerly agrees to keep their lessons from his father.