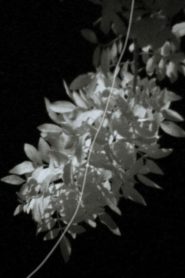 The Eyes of Summer

In a small and remote hamlet in Southern Sri Lanka, a little girl develops a curious friendship with a spirit who lives in an abandoned house. This film was shot in my mother’s village in Southern Sri Lanka—shortly after the civil war in 2010. Collaboratively developed with members of my family there, a narrative was improvised around an investigation into my mother’s interactions with spirits in the community during her childhood. Landing somewhere between horror fiction and “spectral” ethnography, the film describes a population reeling from devastations of the past, where distinctions between the living and the dead are thinning, and foreign influences loom over Sri Lanka’s commercial, economic, and media infrastructure.

Original title The Eyes of Summer